Day 1. 82.5 miles. Cow Palace to Santa Cruz. My neighbor Raf and I arrived at the Cow Palace at 5am. Dropped off our gear at the trucks, wandered inside and found a spot near the Popcorn Stand. Team mates and people that I recognized slowly began to arrive. I visited my bike to drop off water bottles and check my helmet. At 6am they let us into the auditorium. We found out at Opening Ceremonies that we had broken a record and made 14.2 million dollars with 2200 riders and 552 Roadies. We stretched and started towards our bikes. It was challenging to wait for all my team mates and get out the door, we got separated pretty quickly. It felt wonderful to ride out to all the cheering. I can barely remember but I know that we had fog, and it was cold and wet. We made our way South to 92, and getting to the top of that climb yielded the Sisters of Perpetual Indulgence. Roma and Taint a Virgin. They fed us strawberries. My heart is big with the memories and love. After Half Moon Bay we started to see some sunshine, we reached sandy red cliffs late in the afternoon as we got closer to Santa Cruz. My team mates and I were flying down the coast with strong tail winds. We had a great time. We landed that night in Santa Cruz. I can't remember what camp looked like, I vaguely remember eating dinner with Tia. My legs and thumb cramped badly that night, I had a terrible night's sleep. I ran into my friend and veteran Alfie at some point during the night or morning and he gave me some good advice.

I was challenged by waiting for my team to get out of the gate together. He said to not worry about it, that there were so many people to meet on the ride we didn't need to all stick together. After that, I felt free to do what I needed to do. And I did meet a ton of people. I chatted people up left and right and it was wonderful.

Day 2. 109.2 miles. Santa Cruz to King City. I woke up early, met John and a woman named Martha in line for breakfast. I wanted to roll out early because it was a long day. It took a long time to get out of Santa Cruz. I remember riding by canals and stopping a lot in single file. It was overcast by the time we made it out to the fields. I ran into Babs from Box Dog on her Pelican and we rode together and chatted and made it to the unofficial official artichoke stop where we were able to take cute pictures. We had to get back on the road pretty quickly because the sweep was behind us. Babs attempted to eat her fried artichokes on the route and ended up getting a warning from one of the safety guys. Whoopsie. Babs had the small Berthoud bag on the front of her bike and it was the perfect size for this event. Not too big, it holds just enough. Of course I have a list of things I want post ride and this is one of them. Her team, Team Wino, was very funny and very San Francisco. Misfits and rogues, the whole lot of them. So much love. I met up with John, Tia, Shelley at Rest Stop 4: the Otter Pop and Cookie Lady stop. We rode together the last part of the ride. We had a ton of fun and some pretty strong tailwinds close to camp, it was a brilliantly fast ride all the way into King City. Completely exhilarating. I found myself recharged. Day 3. 66.7 Miles. King City to Paso Robles. We started the day with Quadbuster, a long slow climb. No biggie, I just took it slow and chatted and sang all the way up. I felt great, though at the next rest stop I was uncomfortable. My legs felt bad and I was hot and grumpy. Highlight of the day for me was buying a jar of kosher dill pickles at the B52s Love Shack rest stop to share with my team mates. Then meeting up with and riding with Chris through most of the second half of the day. Riding the last 10 miles to camp was really difficult and I was out of sorts. My butt hurt, hands hurt, I was hot and 'I was going through it'. I did get some great photos of my team. Day 4. 97.7 miles. Paso Robles to Santa Maria. As I was putting air in my tires in the morning I noticed that my back wheel was out of true so I decided that I would have it checked at the first rest stop. Kelly Ann and I rode there together, we chatted about Dr Sketchy's and Delirium, where she tends bar. Some friends of mine DJ there on Thursday nights, so of course she and I had a lot to chat about. We arrived at Rest Stop 1, I got in line and when the cute tech dude put my bike up in the stand, I noticed why my wheel was out of true. The mechanic trued the wheel and took some tension off of this spoke, he assured me that he would ride on it, and that I would feel it when/if it went so I left the rest stop with the instructions to go to the Cannondale truck at lunch and order a new wheel. Of course I am special and have a special wheel size so when I arrived at lunch this ended up being quite a task. But I'm getting ahead of myself because we had yet to climb the Evil Twins! Once we got here it was all Halfway to LA! I love love love this photo. I feel like it's alternating between Washington crossing the Delaware

and Joan of Arc. 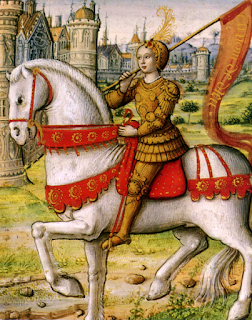 We rolled into lunch pretty late after all the photo ops and I had to take care of this wheel issue.

Thanks to Mark from Insync Cycles and Gabe of Box Dog Bikes in SF for making everything happen. It was quite the perfect storm, 1% battery left on my phone, calling Box Dog to coordinate getting a new back wheel, using Mark's phone, getting an address so that Box Dog could ship the wheel out for pickup the next day. I was a little mentally fried by the time everything was done.

Also, descending that fucking mountain on a wheel that I didn't believe in was no fun. John Cavallini was very sweet and stuck with me the whole way to make sure that I was ok. Long story short, I had ten minutes to pee, eat, and sunscreen before getting swept so I decided that getting on the road in that state of mind was no good. I sagged the rest of that day. I'm of course disappointed that I didn't ride the entire way, but grateful that I have the mindfulness to know what's best for me.

Also the sag bus was fun, I got into camp in time to get some chiropractic adjustments and self care and I chatted with some awesome folks. So I got to experience everything!

I'll do another installment for Days 5-7 and I'll also attempt to upwell what this experience taught me. I'm a changed woman.
Posted by Unknown at 10:57 AM