I ride for Freddie

A lot of folks ride AIDS/LifeCycle  for the people in their lives who can't ride, which is beautiful. I'm riding for Freddie Mercury, lead singer of Queen, who died in 1991 of bronchial pneumonia resulting from AIDS.

I am a HUGE fan of Queen. HUGE. In another life, and perhaps sometimes in my apartment, I prance(d) around with the same grace and larger than life exuberance of Freddie Mercury.

From what I gather from Wikipedia and this documentary, he kept his illness a secret because he didn't want to make 'public liars out of friends and family'. They had all denied his illness.

I feel like it's not right that AIDS had/has such a stigma that he kept it a secret. The documentary made me sob like a baby and also made me realize that THIS is why I ride.

Five years ago, I had the idea to merge some interests. Bikes, Queen, Girls/Ladies/Women/People who identify as Women riding bikes, Drag Queens, Queens in Nun drag, I could go on... and Dr Sketchy's.

I posed for the first Cute Girls on Bicycles event at Dr Sketchy's SF and our inspiration was this:

This year, as incentive for fundraising I told the drawer-ers at Dr Sketchy's that if everyone put $1 in the kitty, and we raised at least $50 I would do a 20 minute pose. And of course I HAD to recreate the album cover.

Now all these artists have started posting their goods on the internets and I realize that we not only raised money for the SF AIDS Foundation and LA Gay and Lesbian Center, but that I now have a very personal collection of drawings of me on my bike. SO. MUCH. LOVE. My heart is going to explode. 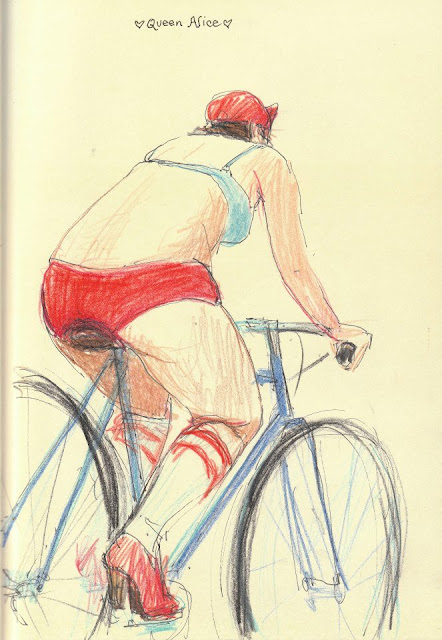 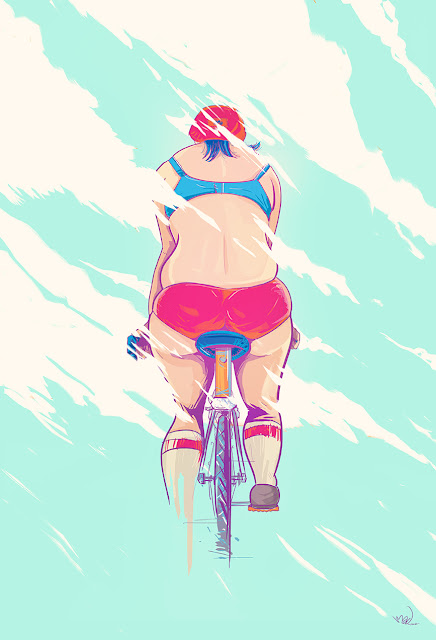 You can order this one from Madelyn Lee!
Posted by Unknown at 9:00 AM